First there was Megan Fox, Then Victoria Beckham and Now Rihanna. 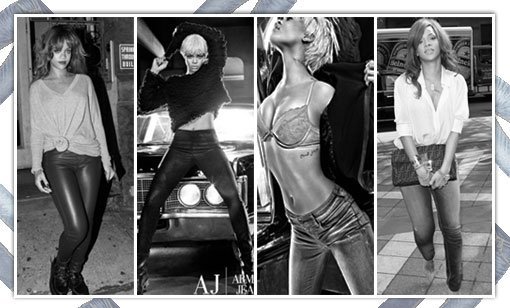 Rihanna is gone blond and masculine for the latest Armani Jeans Campaign. She has become the latest spokesperson for the multinational brand.  The singer had her first photo shoot for the brand in New York and Armani has released the first picture of Rihanna for the upcoming campaign for the brand.

The pop singer Rihanna is following some sexy footsteps in the new campaign for Armani Underwear as the new face and body of the brand by baring almost all in the recently launched pictures.

First the blond hair made the debut in the first photos and now the full set of pictures are launched with Rihanna wearing jeans, lingerie and that’s it. Check out the pictures below of Rihanna for the Armani Jeans Campaign, shot by Steven Klein in monochrome!