TYRA BANKS has it all and more!

She was just a teenager when she became one of the world’s most successful models. She also became the talk show host and creator of the hit show “America’s Top Model” and now she’s adding ‘author’ as well to her list of titles by writing a novel called “Modelland”.

The 36-year-old mogul is teaming up with Random House to release three novels based on her own experiences as a model.

Banks said, “Modelland” is fiction but it’s inspired by her own life and some of the monsters she refers in the book are taken from the real world. The story brings a teenage girl and her friends to an imaginary place called Modelland. “Every girl in the world wants to go there because it’s where ‘Intoxibellas’ are trained,” Tyra wrote, adding, “Intoxibellas are drop-dead beautiful, kick-butt fierce and, yeah, maybe they have some powers too. 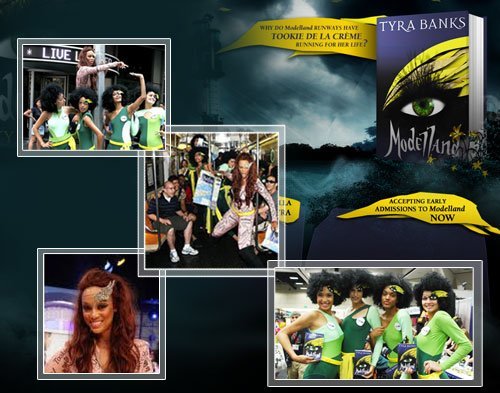 Modelland is a first of three-part series & now she has offers to turn her novel into a movie!

Have you read the book? What do you think?